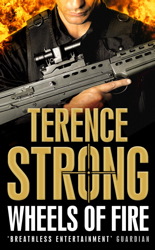 As a now retired ex ITN senior cameraman of 30+ years service mainly spent in the worlds sharp end conflicts I per chance picked up Wheels of Fire in a hotel in Cuba last week and thought I must congratulate you on a very accurate and moving (fictional) account of those days of the Sarajevo siege.

Reporter Mike Nicholson and I got young Natasha out from her hell hole orphanage in Sarajevo and I regularly drove in and out on the various back routes with no military assistance, just my armoured defender, soundman and reporter and strangely enough I would put Bat Out of Hell on when things or militia road blocks got ugly.

Your book took me back in time, which is a good thing, those bad days there and to many other places I ended up in should be remembered, thanks for reminding me.

I have to confess I had not heard of you before but look forward to reading more of your books.

There is little doubt that the so-called Arab Spring has been a mixed blessing for all concerned, the inhabitants of those countries caught up in it and the rest of the world.

We in the West are very fond of trying to impose our cultural values on others. And 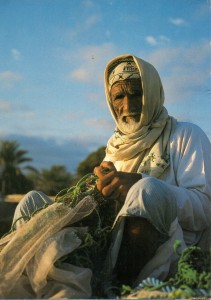 however high-minded we are about them (anti-nepotism, fascism and absolute monarchs, but pro-democracy, freedom of expression and fair trials) other cultures don’t necessary share our views.

Freedom to march and protest against government or the ruling class in not always a priority with people. Just getting on with scratching a living and minding their own business is. Many countries have known nothing but totalitarian rulers since the beginning of time.

Both Russia and China endured empirical authority followed by Communist people-power. Neither were much fun.

Most of the Arab peoples endure under absolute monarchs or dictators of one sort or another.

US President Obama has shown his displeasure of the Egyptian Army’s undemocratic behaviour in arresting their elected President by cancelling US-Egyptian arms deals…thereby leaving a wide open invitation to President Putin of Russia to fill the vacuum.

In fact Mr Putin is doing rather well out of the chaos of the Arab Spring by wrong-footing everyone diplomatically over the Syrian Civil War, in an allied country that provides its only naval port in the Mediterranean. It is appearing to lead the way on WMD reform on the battlefield.

Here, Western military intervention is unlikely to help because the two sides in the country’s conflict are pretty much evenly divided down tribal lines between Assad supporters and his avowed enemies, who are backed by Iran.

Grand ideals of democracy rather overlook the fact that the regimes of most tyrants, absolute monarchs and dictators in the Middle East actually work in the interests of Britain and Western countries. If they fail, a large proportion of those countries will become swept up in a tide of radical Islamic power.

That puts the UK, EU and USA in a very difficult and dangerous diplomatic situation.