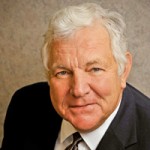 Bill Bennett claims he was recently told by a credible but unnamed source: ‘Don’t be surprised if Trump has an accident.’ 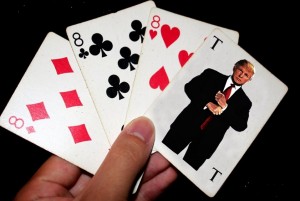 Some big names are getting a bit twitchy. Barack Obama, Valerie Jarrett, Eric Holder, Hillary Clinton and Jon Corzine were just a few people mentioned by the source, who may be feeling a bit hot under the collar. Not that any of them would think of hiring an assassin – or even know how to. 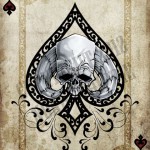 Apparently it’s all about the unholy alliance of big government, big business, big media and big bucks. They all enjoy the billions of dollars generated from the partnership, so it’s in all of their best interests to protect one another. All for one and one for all. But it’s a grubby relationship that makes everyone ‘filthy rich’ except the American people themselves.

Bennet says they’re the patsies, the ones who get ripped off. But – for once – the strong socialist lobby and corrupt crony capitalists are both scared. The over-the-top reaction to Donald Trump by both sides, the media and big American corporations has been so quick and incandescent that it suggests they feel seriously under threat. And, frankly, frightened.

The thing is, Donald Trump is his own man. He can fund himself. No matter how much is said to the contrary, the media, big business and the political establishment all realise that Trump is truly the joker in the pack. He could really upset their cosy apple-cart – to mess up not a few metaphors, too. It is no accident that the entire political establishment has united so quickly to destroy The Trump. 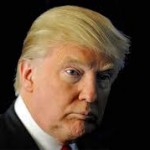 Because, the truth of it is, most other politicians are members of the Old Boys’ Club to which The Trump has never belonged. They may talk big, but they can’t change a thing because they are all beholden to big-money donors. These politicians are all owned by lobbyists, unions, lawyers, big environmental organisations and multinational corporations, like oil or pharmaceuticals.

Or, according to Bennett, they are owned lock-stock-and-barrel by foreigners. Like Obama is a 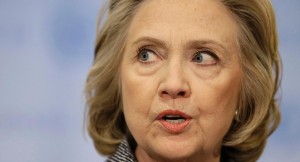 slave to George Soros and Hillary is shackled to those who donate to the Clinton Foundation. Bennett argues that these mainstream politicians are all puppets controlled by big money. But The Trump is not beholden to anyone. This is one politician who does not need any foreigner, foreign government, George Soros, multiple trade unions or the lawyers’ Bar Association to pay for his campaign.

That makes The Trump a huge threat to those people, says Bennet, because he can ruin everything for the bribed politicians and their spoiled slave masters. Bennett asks why the GOP never tried to impeach President Obama? 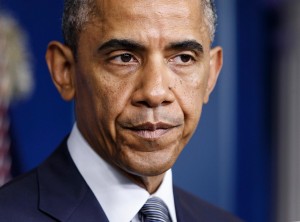 Also why John Boehner and Mitch McConnell talked a big game but never really tried to stop the President? Does anyone wonder why Congress, which holds the purse strings, never tried to unfund Obamacare or the President’s perceived illegal executive action on amnesty for illegal immigrants? Bennett claims this defies all logic.

He claims his best guess is that many key Republicans are being bribed and others blackmailed. That may be that they are having elicit affairs, are secretly gay or are filching money from the public purse…the National Security Agency, Bennett says, knows everything about everyone.

He cites the example of former House Speaker Dennis Hastert. The government even knew he was withdrawing large sums of his own money from his own bank account. The NSA, the SEC, the IRS and all the other three-letter government agencies are watching every Republican political player. They scrutinise everything.

Bennett also believes that many Republicans are terrified of being labelled ‘racists’. For that reason they hesitate to ever criticise Obama or name his perceived ‘crimes’, let alone campaign for his impeachment. And anyway, Bennett argues why would they rock the boat? After defeat or retirement, if you’re a ‘good old boy’ you land a $5 million-a-year lobbying job at the very least. The big-money interests have the system covered. There’s no win or lose for them, it’s always win-win.

But The Trump doesn’t play by any of these rules. Donald Trump breaks up the nice cosy relationship between big government, big media and big business. All those rules will be out of the window if Trump enters the White House. Other politicians may protect Obama, but not Trump.

It was he who publically questioned Obama’s birth certificate. He dared to query Obama’s college records and how a mediocre student got into an Ivy League university? Bennett points out that Trump is now doing what no Republican has ever had the ‘chutzpah’ to do.

He’s actually questioning America’s relationship with Mexico. Why is the border still wide open? Is allowing millions of illegal immigrants in America’s best interests? And why are they not deported when so many commit crimes of violence? And why are Washington’s trade deals with Mexico, Russia and China so bad?

Trump has the audacity to ask aloud why American workers always seem to get a raw deal? Bennett is certain Trump will question what happened to the $billion dollars given in a rigged no-bid contact to former college friends of Michelle Obama in foreign companies to build the defective Obamacare website. Bennett claims the tab for that disaster has now hit $5billion. He reckons Trump will demand that Obamacare’s architects be charged with fraud for selling it under false pretences. Obama’s college records will be small fry compared to a Trump investigation into the alleged widespread IRS conspiracy.

Trump will prosecute Clinton and Obama, Bennett believes, for fraud committed to cover up Benghazi before the last election. Also in the firing line may be the employees of the Labor Department who allegedly falsified dramatically improved jobs numbers just prior to the 2012 vote. Obama, the multinationals and the media all feel The Trump must be stopped at all costs.

According to Bennett, all are afraid things will get out of control with the raw truth being told in answer to questions that everyone else has been afraid to ask. The man’s election would be a living nightmare for them, because no one but Trump would dare to prosecute. If Trump gets in and looks at the books and Obama’s records, the game will be over, Bennett says.

Obamacare will be de-funded and dismantled. Obama himself could wind up ruined, his legacy in tatters. Because Trump will investigate and he will prosecute. He will go after everyone involved. There will be no hiding place. That is why the dogs of hell have been unleashed, claims Bennett. 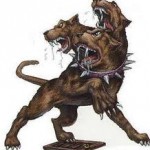 And that is why it is now Open Season on Donald Trump. Both Left and Right are out to attack his policies, damage his businesses and – if possible – keep him out of coming public debates. ‘But they can’t silence him,’ Bennett says. ‘And they sure can’t intimidate him. The more they try, the more the public will realise that he is the one telling the truth.’ 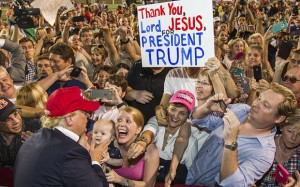