by TERENCE STRONG
Over time, the regime of Vladimir Putin in the Kremlin has come to feel ever more confident that it can act with impunity on the world stage. Having manipulated his own country’s constitution so that he is likely to be President-for-life, the man himself has proved to be a Grand Master in the chess game of world affairs.

He has cleverly exploited the political errors and judgements of his opponents over Syria and Iran.
He has got away with foreign incursions and annexations, without invasion. Instead he used his famous “little green men”. Like leprechauns, no one really knew who they were. Or if they did, they couldn’t prove it.
Airliners and assassinations of the President’s enemies occurred in foreign lands with no reprisals by the simple expedient of crafty denial. His regime has become ever emboldened to do whatever it likes. After all who’s going to stop it?
No one’s going to make Napoleon or Hitler’s mistake of going to war with the Russian Federation today.

Putin has discovered a toolbox of devices to make himself exceedingly rich, to stay in power indefinitely and to do whatever he wants.
And if proof were needed, the much-heralded “Beast from the East” really did arrive at the end of February (2018) in a metaphorical snow-screen blizzard that completely paralysed the UK. Under its cover, assassins struck in Salisbury, Wiltshire.
As yet unidentified persons used a deadly nerve agent in spray or powder form to attempt the murder of a former British spy, a Russian who had formerly been caught and imprisoned in his own land but later released in a spy swap with America. Released but not forgiven.
It was a reckless act of terror in a very public place and put countless innocent lives at risk, breaking every accepted international rule and convention in the book.
World-renowned chemical and biological experts at nearby Porton Down quickly established incontrovertibly that the agent was of the Novichok family, an exclusively Soviet-era product.
When challenged by Britain to explain itself, Moscow ignored the questions with disdain.
The Prime Minister Theresa May, somewhat known for her indecisive character, has decided to dismiss 23 Russian diplomats in retaliation.
But is that enough to make the leopard change his spots? Unlikely.
In a previously Cold War spat back in 1971, PM Alex Douglas-Home kicked out 105 KGB and GRU members from the Russian Embassies. He named them all along with all their aliases and refused to let their numbers be replaced. Apparently that hit hard.
Foolish talk of cyber-attacks are a no go. A bit like Mutual Assured Destruction (MAD) with nuclear weapons, the UK would not want to be on the receiving end of any more of those hitting the NHS, Inland Revenue or the energy industry.
Should May do the same now, knowing Moscow will respond in kind?
She could also push along the “Magnitsky Amendment”, legislation waiting in the wings of Parliament that would allow the government to freeze suspected illegal Russian assets and cancel individual visas.
No doubt BP, with its massive oil investments beyond the Urals, would feel a backlash from that one. And gas supplies from Russia may be annoyingly interrupted for one reason or another.
The beast from the East has indeed arrived, and it doesn’t seem to be going to go away any time soon.
#SergeiSkripal #Salisbury #Novichok #Putin #KGB #MI6 #Russia #Moscow 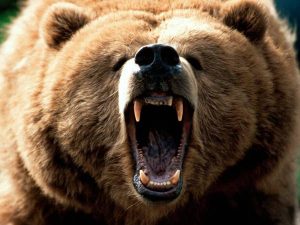