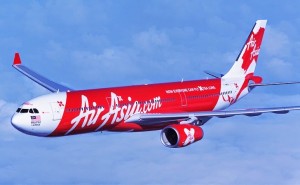 AirAsia Flight 8501 was at about 38,000 feet when the pilots reportedly asked to be allowed to climb over “bad weather” – which to all intents and purposes meant over a thunder-head.

Thunder-heads in the tropics may rise up to 50,000 feet or more (because the ‘tropopause’ which limits heights of cloud development is much higher in the tropics than, for example, over Britain where it normally lies at about 40,000 feet).

Therefore, “climbing over” such a thunderhead was not a realistic possibility – going round the thunderhead was the only real option.  It appears that this was not understood by the pilots.

Having entered the thunderhead it is most probable that the aircraft entered a massive downdraught which was represented itself to the pilots as a major and rapid loss in height.

In other words the whole of the air mass in the centre of the thunderhead was being sucked down and the aircraft with it – as in a self-contained environment.

The pilots should have maintained straight and level flight and waited for the downward momentum of the air mass to stop (which it would have done…well above the sea/the land).

Instead, it is likely that they misinterpreted what was happening, raise the nose of the aircraft inordinately – rapidly sacrificed airspeed – and stalled.

From there, the rest is history, sadly.

I have been in the same situation as a naval fighter pilot flying in inclement weather. When under training, my instructor (Flight Lieutenant Michael Merritt) and I entered a major thunder-head over the Yorkshire Moors. He instructed me to ignore the height loss and to concentrate on keeping the aircraft straight and level. We entered the thunderhead at about 18,000 feet and finally emerge from the cloud at 4000 feet – “older and wiser”.

Unfortunately, it would appear that the pilots of Flight 8501 did not have such experience to call upon. And if the aircraft Black Boxes confirm what I have written above, then perhaps airline simulator training should be amended to contain such learning experiences.