This original article is contributed by one of my friends, who is a former soldier and professional administrative adviser in the region. Written by ‘DW’.

On a recent visit to Kiev the former President of Georgia, Mikhail Saakashvili, took to the airwaves to announce his predictions regarding Russia’s intentions in Europe and the Caucuses. 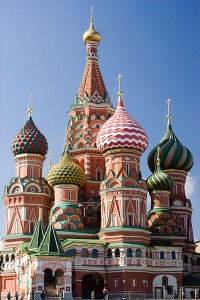 He warned that Russia will turn its attention to Moldova next. In Georgia meanwhile, the scaremongers – mostly from Saakashvili’s party – have been busy whipping people into a frenzy with messages of doom.

Saakashvili has not gained a reputation for understanding Russia, its plans and capabilities, as demonstrated when he gambled and lost by waging war in August 2008.

The general thrust of the doom forecasters is the prediction that Russia will attempt to expand, take over some small countries – including Latvia – and that this will only be stopped if the West (ie. the USA) engages its military.

But Russia is probably not behaving in an entirely unpredictable and irrational manner. To understand Putin’s intentions it is important to consider Russia’s recent history and, in particular, the effect of the collapse of the Soviet Union.

For Russians, the Soviet Union was seen as a natural extension of Russian influence. Under the Czars, Russia had grown in size and influence for hundreds of years. Following the revolution and the murder of the Romanov family, Moscow regrouped and Stalin then set about continuing that expansion process.

After the Second World War, Stalin went even further, grabbing parts of Europe formerly under Germany and Poland. The Warsaw Pact enabled Russia to have direct influence on more territory and people.

When the Soviet Union finally ceased, Russia shrank from having unchallenged authority from the Baltic and Adriatic in the west, and the borders with Iraq and Iran in central Asia, to being smaller than it had been at the start of the First World War.

By contrast, the huge British Empire was constantly diminishing.

Although the early loss of the American colonies under George III had been a blow to London’s prestige, the expansion continued into the 20th Century. During that time British-managed lands were successfully seeking varying degrees of independence.

Independence was granted to tens of future new countries, from Ireland to Nigeria and Hong Kong, a process which has not entirely finished. It has occurred over many generations.

The significant fact is that the British are not traumatised by the loss of Empire, the loss of status. It is a gradual decline; and besides, Britain still sits permanently on the UN Security Council, is a member of G7 (or G8), and has an independent nuclear deterrent.

But for Russia the decolonisation process happened almost overnight.

It was followed by a period during which Russia was treated as a poor insignificant third world nation, despite being huge, having an enormous military and massive stockpile of nuclear weapons, and also being a permanent member of the Security Council.

There was a huge loss of status, influence, and prestige and it happened abruptly. It has taken years and the exploitation of carbon fuels – and the arrival of Putin – to put Russia back on the world stage.

Russia is angry and hurt, and therefore dangerous.

All politics is domestic, it is said, and certainly Putin’s actions must be considered with that in mind. Many Russian people feel that they have lost their place in the world and Putin is getting it back. They love him.

Crimea, which was part of Russia for generations, holds a similar place in Russian hearts as does Kosovo for the Serbs. Russia is not looking for a war and Putin will probably annex a large part of Ukraine without a shot being fired.

Putin will not be too concerned that the world does not accept what he has done. Turkey has done pretty well without recognition of their Northern Cyprus ‘republic’. Indeed Turkey is a NATO member. The people of Northern Cyprus welcomed the arrival of Turkish paratroopers in much the same way as the people of Abkhazia and South Ossetia are pleased to have Russian troops to ‘protect’ them from Georgians. The Russians prepared the ground well in Georgia, and have done the same in Crimea.

It will not all be plain sailing for the Kremlin in the years to come.

Non-Russians are not quite as happy, particularly the people of Dagestan who feel that their oil and gas wealth is being squandered by Moscow.

We will probably see further separatist violence. Similarly the Chechens have not forgotten their brutal suppression under Putin’s first reign (and the initial injustices under Stalin).

There is also the Muslim issue in the Caucuses, which is growing and dangerous. It will probably mean that in a few years neo-cons, and others less inclined to tolerate Islamic extremism will stand shoulder to shoulder with Russia, conveniently forgetting the events in Odessa and Simferopol.

What of Saakashvili and his pronouncements? The people of Abkhazia and South Ossetia will take a lot of persuading that their interests lie with Tbilisi rather than with Moscow.

Europe may talk about principles but it has little appetite to risk war or interruption of the oil and gas flow from Baku.

Now is the time for Georgia to stay quiet. Let the Russians focus their attention elsewhere. Saakashvili may yet get acknowledged by his own country for the great miracle he bestowed in the first years of his leadership, but not if his rampant scaremongering becomes a self-fulfilling prophecy.©