by Terence Strong
Trouble is brewing fast in Venezuela, a troubled land I visited some 25 years ago when researching my thriller White Viper. 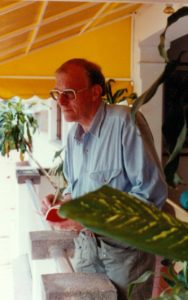 The place was a socialist dystopian wreck even then. In the capital Caracas, roads melted in the tropical heat because of political corruption, big money changing hands between politicians and the construction industry mafia.
Drug business from neighbouring Colombia was rife as were many related murders. Rule One was don’t inform the police if you stumble across a body, because you’d be locked up as prime suspect.
Nothing worked in the city, it was like a scene from Mad Max. Now even more so.
Under another failed extreme socialist or Communist government, whose president Nicholas Maduro refuses to step down as the country sinks into chaos with hyper inflation, starvation, medical wipe-out and a surging people’s revolution and mass migration from its borders.
If the United States is put on standby, tempted to provide at least 5000 troops to deliver humanitarian aid, we already hear that the Russians have also dispatched Warners Spetsnaz-trained mercenaries to assist Maduro in shoring up his failed regime. 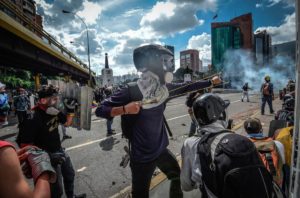 To date he’s keeping the army and police on his side, but for how long?
If that wasn’t enough potential fuel to the fire, the feared hard-left National Liberation Army (ELN) guerrillas of next door Columbia is threatening to intervene against such an American “invasion”.
It won’t take much to light the touch paper for an almighty conflagration.