WHO CAN VOTE?
As with Parliamentary Elections, British, Irish and Commonwealth citizens (aged over 18) who live in Britain – and British nationals who have lived overseas for less than 15 years – will be permitted to vote in the EU Referendum.

Additionally members of the House of Lords – and citizens of Gibraltar who are eligible to vote in EU parliamentary elections – will be allowed to vote.

Other citizens of EU countries living in Britain – other than those of Ireland, Cyprus and Malta – WILL NOT have a vote.

WHAT IS THE QUESTION?
The question on the ballot paper will read: 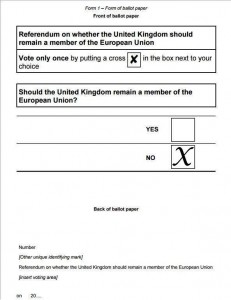 HOW LONG WILL THE CAMPAIGN LAST?
EU Referendum law demands a campaign period of at least 10 weeks prior to voting.

Before the official campaign period can begin, legislation must be passed through Parliament to set out the details of the vote, including its date. The Government anticipates that process to take around six weeks.

HOW MUCH CAN THE CAMPAIGN GROUPS SPEND?
For the duration of the campaign, the Electoral Commission (Britain’s electoral watchdog) can designate a leading ‘group’ on each side of the debate. Those lead groups may each spend up to £7 million and receive a public grant of £600,000 from the taxpayer. Each is also allowed campaign media broadcasts and one free postal mailing to voters.

Any OTHER campaigning groups can each spend up to a £700,000 limit. Anyone intending to support such groups and the groups themselves must declare any donations above £7,500 received after 1st February 2016. 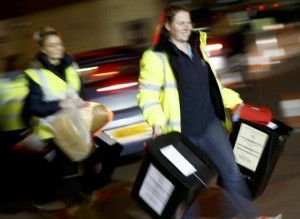 HOW MUCH CAN POLITCAL PARTIES SPEND?
Spending limits for Political Parties are governed by the percentage of the vote they won in last year’s General Election.
Therefore the ruling Conservative Party of Prime Minister David Cameron can spend up to £7 million, the Labour Party £5.5 million, the anti-EU UK Independence Party (UKIP) £4 million and the Liberal Democrats £3 million. All other parties are limited to £700,000. 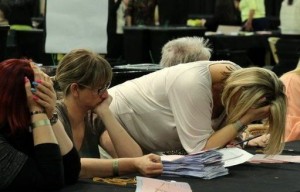 However, the Conservative Party has promised that it will remain neutral, allowing no Party funds, personnel or facilities to be used by either side of the argument.
It is not so clear whether the European Union itself will feel legally constrained from bringing its powerful and extravagant influence to bear on the UK voters’ decision-making process.

HOW WILL THE GOVERNMENT CAMPAIGN?
Nevertheless David Cameron has declared that he will campaign with all his “heart and soul” to persuade voters to stay in the European Union, warning that to leave will be “a leap in the dark”.

No 10’s influence has quickly been used to persuade big business names to back its view to ‘Stay’, but there have noticeably been twice as many decliners than those who agreed to sign letters to the media.

Similarly favours have been called in from former MOD top brass now in the House of Lords to express security concerns over exiting the EU, despite the fact that it is NATO, not Brussels, that is responsible for defence.
Interestingly, General David Richards did not participate.

The official Government position is to back ‘Stay’, but six of the Prime Minister’s top Cabinet members have so far rebelled to campaign for ‘Leave’ the EU. After some hesitation, top MP and London Mayor, Boris Johnson has lent his considerable weight to the ‘Leave’ side.

A ’Purdah’ will be applied to the government itself, barring it from publishing anything in the 28 days prior to the Referendum that could influence the outcome of the vote.

WHAT HAPPENS ON THE DAY?
Polling will be open from 7am-10pm GMT. Counting will begin at the earliest time possible and will continue overnight.

Twelve counting centres will be used for collating votes and the final result declared in Manchester.