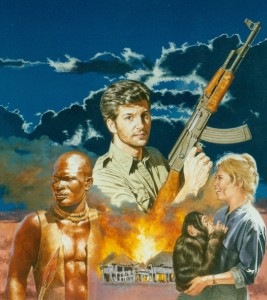 This is my personal favourite of my earlier books.

That’s not because it’s necessarily better, or worse, than others but because it really opened up my writing adventure to the full, daring me to go anywhere in the world to explore the truth and tell the story.

It began mundanely enough with the question, What’s the cheapest place I can afford to go to in Africa on a research trip. Answer: one week in Gambia, west Africa.

Amazingly, it transpired at the time that the ex-British colony of Gambia was, I believe, the only true and fair functioning democracy in the entire continent. In my parallel universe version of Free Guineau that democracy was under threat from Communist rebels controlled by the Kremlin. It also transpired that the SAS had a very special involvement with the Gambia that I hadn’t known before my arrival. How weird was that!

Seven books of research taught me a lot about the history and development of Africa, much of which holds good to this day.

So began my ongoing relationship with Africa. It is a most magical place. Wonderful 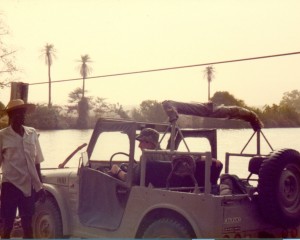 people, crazy people, oddballs and miscreants, adventure on or around every corner, danger, madness and beautiful women. Huge skies and mind-blowing landscapes.

I left my cheap tourist hotel, hired a scallywag I’d met on the beach as my driver and guide, then rented a jeep. Together we set off up-country, following alongside the central river on a simple laterite track.

That night my driver recommended we stay at a brothel doubling as a cheap hotel in the middle of nowhere. But that night Senegalese troops were billeted in the building and there were no spare rooms.

We were discussing our predicament over the noise of a ghetto-blaster in the brick and corrugated iron nightclub when I heard English voices. They were youngsters from the VSO (Voluntary Services Overseas) and the charity Action Aid. Immediately our accommodation problems were solved. That’s the sort of thing that happens almost everywhere in Africa, all the time. Things happen, people happen.

There was so much to see and do, that I closed my notebook. Otherwise I’d have missed so much. I decided just to become “a sponge”. It worked. I just soaked it all up – the landscape, the characters, the situations. Africa is not a place you forget, in any of its detail. 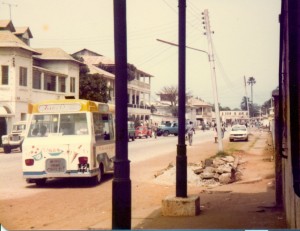 a longer trip. My driver Dawda had heeded my entreprenaural advice and had become a businessman, this time looking slick in cords and shades. He now had a thriving commercial concern.

Doing what? I asked, very impressed. Illegally smuggling in fish from neighbouring Senegal, he replied proudly.

Jacket illustration above by Kevin Tweddle. 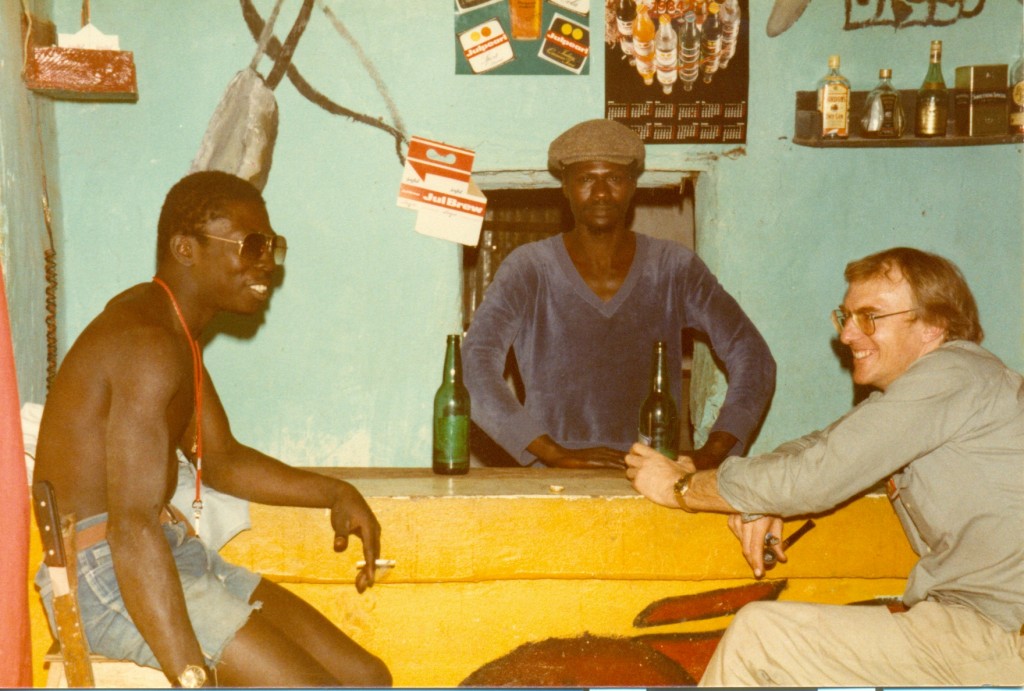