According to recent revelations, the European Union is run on the lines that Adolf Hitler had pretty much planned to organise and administer the Fourth Reich once he had conquered the Continent. 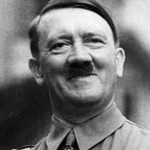 It also resembles the structure of the former Communist Soviet Union, giving rise to that joke about the EU being the EUSSR – a joke that’s starting to wear a bit thin.
Nominally there are three decision-making bodies in the European Union. They are the European Commission, the European Parliament, and the European Council of Ministers.

However the real power rests completely within the European Commission, which is selected and issues its diktats in such a secretive and random manner that it draws strong comparisons with old Communist Russia.

This EU Commission comprises 27 member countries and is re-formed once every five years, within six months of elections for the European Parliament.
The essential point to remember here is that the EU Commission is totally independent of all national governments. Its sole purpose is to represent and uphold the interests of the entire EU as a single entity.

The main consequence of this is that the EU Commission is a law totally unto itself. It is accountable to nobody and exercises its own absolute arbitrary power.

Each President of that Commission is elected after secret deliberations between the governments of the member states. It should be remembered that the Commission President is the single most powerful political position within the entire EU. He or she has vastly greater powers than any individual country’s President or Prime Minister.

You might imagine that there would be uproar if individual democratic nations like Britain, Spain, France or Germany selected their Presidents and Prime-Ministers in such a manner. Not through proper elections, but by back-door horse-trading between political parties. Only the Soviet Russia of old, Communist China and other Communist countries like North Korea elect government in such a fashion.

Yet in the EU this is considered acceptable by all its member states. No wonder there are howls of protest from those who believe in transparent democracy and the importance of national sovereignty.

Once chosen, the President selects the other Commissioners, again through secret discussions 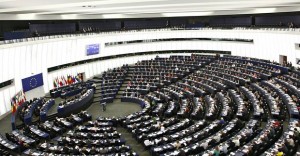 with the member state governments.

It should be stressed that the EU President and its Commissioners are not MPs, MEPs, or democratically elected officials in any way. Most have never been elected to any office in their lives, yet they hold absolute and arbitrary power in the EU solely on the basis of having been secretly appointed to the Commission.

It is only then up to the European Parliament of elected MEPs to ‘approve’ the appointment of the proposed Commission members – not individually, but as a whole block of 27 people – amazingly by secret ballot and without debate.

With many MEPs being lackeys of the governments of member states – and with the secret ballot facilitating behind the scenes horse-trading and influence peddling – this ‘approval’ is nothing more than a cynical ‘rubber stamp’. It is done this way every time there is a new European Commission. 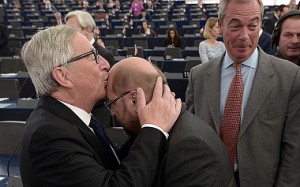 With arbitrary and unchecked power,  the European Commission alone dictates what legislation to initiate or repeal.

This is like an open and festering wound of potential corruption and unacceptable influence without any form of countering antibiotic.

Once drafted through this process, any New Legislation is presented to the European Parliament. It in turn assigns various Committees of MEPs to examine the detail. Yet even the make-up of these Committees is determined indirectly by the Commission’s choice of which “competence” to use as its justification for the legislation in question.

Again, those Committees work through secretive deliberations with EU Ministers and civil servants, who give directives to political groups in the European Parliament so as to ensure the passage of its proposals. 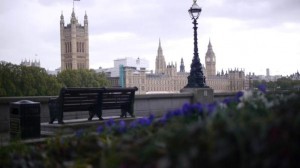 Commission. A new law is only presented for an up or down vote in a set-up where there is virtually no debate – MEPs are allowed to speak for at most one minute per person. As the actual EU legislative history shows, this ‘parliamentary ratification’ amounts to nothing more than the proverbial rubber stamp.

So it can be seen by anyone that the European Parliament has no power whatever.

MEPs are nominated by political parties in various European countries, so they are not elected directly by voters. Not always realised is that EU parliamentary elections only decide how many seats will be allotted to each party. The actual choice of the MEPs is entirely up to the party, not the voters.

This naturally means that – except for UKIP in Britain and a few other anti-EU parties – MEPs are generally lackeys of the EU. Under such circumstances there is no more opposition to the dictatorial Commission in the European Parliament than there was to Stalin in the Supreme Soviet.

The final decision-making body in this international democratic sham is the EU Council of Ministers.

Unsurprisingly the composition of this Council is also skewed. Member states assign to the Council those ministers who are most acquescent to the EU and will most readily go along with any diktat from the European Commission. Again, the history of EU legislation demonstrates that the Council of Ministers lacks any real authority whatsoever. 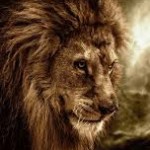 Any objective conclusion is crystal-clear: The EU is virtually a bona fide Communist bloc run by its own Politburo (the European Commission) vested with the kind of absolute power of which Lenin or Stalin would have been proud.

Once EU laws are approved by the Council of Ministers and become European Law, they are presented to the British and other national parliaments. Here they can be debated them and a note made of certain provisions.

However, this is pointless because the only effective response an elected parliament may have is to invoke its ‘national veto’.

Originally a ‘national veto’ was supposed to guarantee the sovereignty of each EU member state but, as it is virtually never used, it has become obsolete. In fact even this measure will be lost forever in 2017 when new EU provisions are scheduled to revoke the veto power of individual states altogether.

The final chilling note is that EU LAWS ARE THE SUPREME LAW OF THE LAND THROUGHOUT EU TERRITORY, superseding the national laws and even the Constitutions of member nations. British and other national Courts are required to follow EU law unquestioningly, without the option to declare it ‘unconstitutional’ as can be done with domestic laws.
.
Under these existing conditions it is clear that there is no ‘middle road’, ‘compromise,’ or ‘reform’ possible, such as Prime Minister David Cameron has claimed to have achieved prior to the promised EU Referendum.

It is a stark IN or OUT choice between national sovereignty and independent self-rule outside the EU – or perennial subjugation under the collective dictatorship of the political elite in Brussels to be known as the United States of Europe. 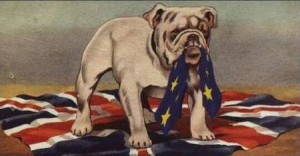