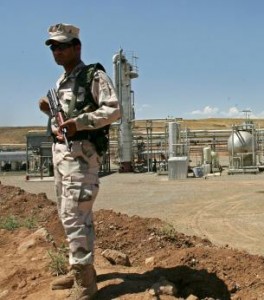 The region of Kurdistan is gradually inching its way to becoming an independent nation state.

That embryonic state is inconveniently spread over no less than four independent countries: Turkey, Syria, Iran and Iraq.

The division of those Kurdish tribal lands is a result of successive accidents of history and border redrawing since the fall of the Ottoman Empire.

On the front line of its war with Daesh (or ISIL), the current Kurdistan Regional Government (KRG) in Iraq has recently severed its arrangement to sell its oil via Baghdad.

There has been a long-running dispute between the KRG and the Iraq government over oil receipts. The KRG has now decided to sell its 650,000 daily barrels of oil direct to the international market, bypassing SOMO, the Iraqi state trading company.

That company has allegedly been making only partial or spasmodic payments for Kurdish oil, adding to the region’s pressured finances when it is engaged in a battle to the death with Daesh jihadists.

Fighters of the KRG’s army, the Peshmerga, are engaging the vicious Islamic sect along the whole of the 640-mile border between Turkey and Syria. They are also trying to cope with nearly 2 million terrified refugees fleeing into their territory for protection.

It is feared that the KRG’s decision on oil funds could accelerate the breakup of Iraq as a whole into three distinct and separate territories, a Kurdish north, a Sunni Muslim central area and a Shi’ite south.

In recent days, NATO-member Turkey (a Muslim nation now politically less religiously tolerant than it was) has worryingly shown more zeal in striking its own Kurdish separatist targets than it has those of extremist Daesh beheaders. 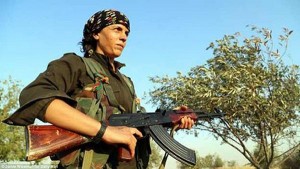 KRG’s growing independent oil production is forecast to reach 1 million barrels a day in the coming year. Such an increase is unlikely to pour oil on any waters in this deeply troubled region of the world anytime soon.