The sniper. The one shot kill.

I killed a rat once with an air rifle. Hit it straight between the eyes. The pellet was fired 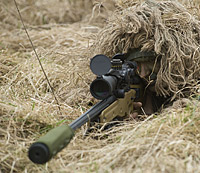 from some twenty-five feet through a telescopic sight from a concealed position. The rat didn’t feel a thing. Oddly enough, it was at the time when the citizens of the beseiged city of Sarejevo in Bosnia were cowering under the curse of the Serbian snipers.

Sniping played a big role in the trenches of the First World War. It played a smaller part in World War Two, but has made an unsettling comeback in more recent times. The British Army has recognised its worth and has a specialist school of its own.  These army sniper teams work in pairs: the sniper himself and his observer.

It’s quite a complicated business, because it’s not just about sniping, it’s about counter-sniping. Searching for the target, identifying the target, allowing for movement, light, windflow, loss of velocity over distance…there’s a long and fascinating list.

The bad boys are at it, too. When the troubles were at their height in Northern Ireland, the Provisional IRA made quite a name for itself with sniper activities in the borderlands of Armagh.

More recently and currently Arab governments under siege in Libya and Syria have used snipers effectively against rebels and against unarmed civilians in acts of intimidation and terror. Likewise the Taliban have adopted sniping activities. Although purists would call these people sharpshooters rather than technical ‘snipers’, they kill you just as dead. 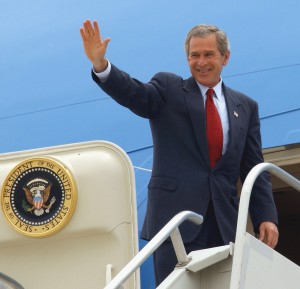 In PRESIDENT DOWN I have someone set out to kill President George W. Bush. It’s planned like a real operation, although some locations are fictionalised for security reasons. MI5 – Britain’s internal security service – uses trusted ‘alongsiders’ from time to time and did so in the wake of the 7/7 London bombings, when they were overwhelmed.

These people can be private invesigators on either a small or a large corporate scale. They inevitably have a military or police background.

The political motivation of the would-be assassins in this story should be of particular interest to us all. It begs the question of what happens to the moral authority of the biggest free democracy on earth when it abandons all legality and human rights to torture and imprison its perceived enemies with impunity and without trial.