The current escalating refugee crisis throughout Europe and the Middle East is not of Britain or Europe’s making. 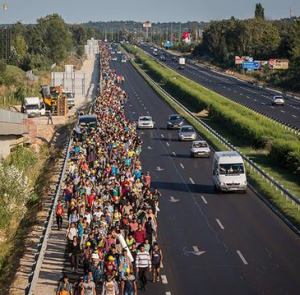 Individual European countries should not beat themselves up because they feel it inappropriate or socially damaging to take in refugees from mostly Syria, but also North Africa and Afghanistan.
It is not the same as Jews escaping the anti-Semitic tyranny of the Nazis in the 1930s. With exceptions of some persecution, these good people are understandably still running away from either war or abject poverty, or both.

Others would argue, perhaps harshly, that men of fighting age should stay and fight for what they believe in and create the nation that they want – as all major nations have, from England, America, France and Russia. 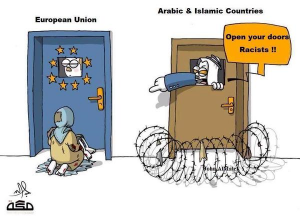 However, it is unrealistic to allow a sudden overwhelming tsunami of humanity to overwhelm the infrastructure and social fabric of individual European states.

This requires big thinking, and thinking outside the proverbial box.

Remember, this is essentially a Middle East problem. Near neighbours of Syria like Lebanon, Turkey and Jordan are buckling under the strain of refugees, but other major players of the Arab League don’t want to know.

Among them is Saudi Arabia. It’s no secret in world intelligence circles that various members of the Saudi political elite fund and encourage al-Qaeda. Likewise, highly-placed Qataris support and encourage Daesh (self-proclaimed ISIL or Islamic State) to create its dream of an extreme Islamic ‘Caliphate’ from the Far East and across the Middle East to the shores of the Atlantic.
Despite spawning such glorified religious cults, these nations and others take in virtually no Islamic migrants. 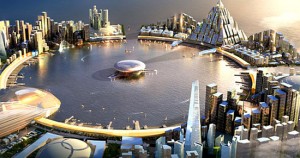 Here is an open goal for the European Union on the world stage to demand that the United Nations take this defiant stand.

For the major players of the United Nations – the USA, Britain, France, Russia and China (all of whom have problems with Islamic extremism) to demand of the Arab League that its members fund a dramatic and exciting new coastal FREE CITY in Arabia for all Middle East refugees.
It would be a huge and exciting project.

Maybe sited in Britain-friendly Oman or the UAE, it would be – most importantly – funded by the Arab League (with Saudi/Qatari money).
A huge, modern encampment would be set up by the United Nations, although Arab-funded.
But refugee architects, designers, builders and workers would make it happen themselves. Latest desalination technology would create a fertile hinterland to support crops and animals. 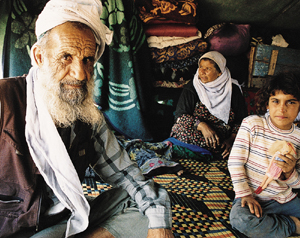 Here the Israelis may be persuaded to help (for a shekel or two) and build much-needed bridges between the rival communities. There are also ample fishing grounds nearby. 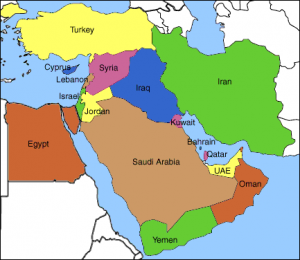 Okay, it’ll never happen. But eventually the Arab nations have to start taking responsibility for their actions and not escape the consequences just because the West is so dependent on their oil.
That’s changing, but I’m not sure all the sheikhs have fully woken up to that fact.