Of course the origins of SOME UNHOLY WAR go back to 9/11. At the time of the most 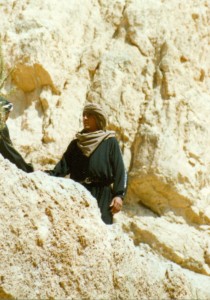 ‘spectacular’ terrorist attack in history, its perpetrators – the al Qaeda network – was being given sanctuary by the Taliban government of Afghanistan. Before that, I believe,  it had been working from Sudan.

As the choking, deadly dust from the Twin Towers settled over New York, I clearly remember praying that there should be no thoughtless knee-jerk reaction to this most horrific of crimes that claimed some 3,000 lives in the most horrendous of circumstances. No one could ever forget the TV footage of desperate victims casting themselves from skyscraper windows to certain death rather than be consumed alive by fire.

But, of course, the political and public clamour for something to be done – and seen to be done – against the terrorists responsible was overwhelming. My belief was that relaliation should be through a covert intelligence war – using special forces when the time was right – to decapitate the monster that had long tentacles, but a relatively small head. (Also strong political support should have been given to democratic and secular elements within neighbouring Pakistan, from which much of the fundamentalist Islamic support came.)

Because the simple truth was, al-Qaeda could operate from any lawless rogue state, preferably but not necessarily Muslim, in the world. There were are many of those to chose from. And so it has proved to be be. Now Yemen, Somalia and Mali amongst others are believed to be playing host to the al-Qaeda leadership.

My fears were quickly founded. Afghanistan was quickly invaded by boots on the ground, the United States leading with Britain and NATO in tow. Among them were members of 42 Commando I had met back in the mid-80s when researching That Last Mountain *. 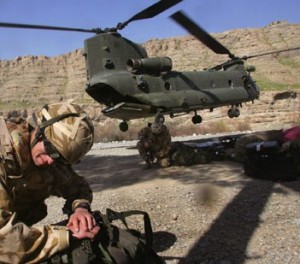 The Taliban forces were pushed back out of the country towards Pakistan and the infamous al-Qaeda leader, Osama bin Laden, went on the run.

It seems that then the West took its eye off the ball. There were elections in Afghanistan, a new government was ‘fairly’ legitimately voted in and shovel loads of aid followed that mostly evaporated into thin air.

Meanwhile the United States and Britain and some if its NATO allies were more concentrated on toppling Saddam Hussein in Iraq – and, of course, tracking down those elusive ‘weapons of mass destuction’.

Yet that country’s government had virtually no relationship with the al-Qaeda terrorists. Those terrorists dutifully turned up later to offer their bomb-making expertise to the ousted controlling Sunni Bath’ist minority of Saddam Hussein (Iran did the same for the opposition Shi’ite majority).

With wars being fought in two countries simultaneously, British special forces became seriously overstretched. In Iraq, the SAS (Special Air Service Regiment) fought themselves ragged alongside American SEALS and DELTA troops on relentless round-the-clock black ops. ‘Operation Knight’ hunted down suicide bombers and their back-up teams on both Sunni and Shi’ite sides of the Iraqi population. It worked, but at a high cost to the troops involved, including both physical casualties and mental trauma.

Meanwhile, Britain’s Special Boat Service (the Royal Navy’s equivalent of the SAS – normally remitted to ops at sea and up to three miles inland) was dealing with ongoing special operations in Afghanistan.

By 2006 the fundamentalist Taliban forces had regrouped in the border area with Pakistan and were coming back into Afghanistan with a vengeance. American forces, along with their British and NATO allies were caught on the hop. They were under-manned and in many cases unsuitably equipped to cope with the fast developing guerrilla warfare techniques being used by the Taliban fighters, especially IEDs.

The fighting was particularly ferocious in the British sector of Helmund province, where the battles were described as the most intense since the Second World War. THere were genuine fears at the time that the battle would be lost at any moment.

That is the real opening of SOME UNHOLY WAR. A stressed-out SAS operator, Dave Aston and his team, straight from black ops in Iraq, are brought to back-up intelligence efforts to do a deal with the Taliban.

His battle in the hell of Afghanistan is soon to end. But his war to recover his life and self-respect, as an itinerant on the mean streets back home, has only just begun. He comes face to face with the consquences of his one last mission in theatre.

Again, I have tried to write about  areas I have not necessarily covered before. You cannot send men and women to war without never understanding the consequences.

As well as a story about black ops and desperate intelligence ploys, this is also a reminder about the human cost of modern war that isn’t always recognised. Post traumatic stress can show in many different ways and take many years to surface.

* By the way, don’t miss the opportunity to download the free short story ICE BREAK ( a prequel to That Last Mountain) from the HOME page.