This was my second published novel. I was on a high, an adrenalin rush.

After the Islamic take over of Iran by the Revolutionary Guards, replacing the secular

rule of the Western-favoured Shah, there followed the American hostage crisis. It ended in spectacular disaster for US special forces.

There were also four real-life British hostages. I created one more, a British journalist that our government needed to save. A man who knew too much.

I devoured nine books on Iran. I met Iranian refugees in London who, when they’d read my thriller, were convinced  I’d visited their country. That was good.

It was planned like an SAS operation by the SAS and with ex-SAS personnel in my back room in the UK. Detailed pilots’ flight maps of Iran from Stamfords in Long Acre in London. Weapons, ammunition, supplies, burst-transmission comms. Infil by low-flying Hercules transport aircraft, dropping the latest test vehicles at the time. Everything planned and plotted with pinpoint professional precision. And all before the Internet.

Exfil planned by the Royal Navy at the end. What on earth could possibly go wrong? 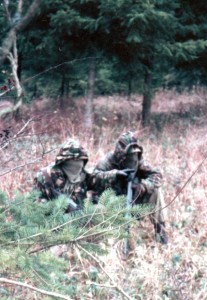 I actually managed to write this book in six months and complete the detailed second  draft in a further three. It was, like my first, to be published as an ‘original paperback’ by the Coronet imprint of Hodder & Stoughton. The first jacket design was an absolute turkey so, short of time, my publishers re-issued the same image as for Whisper Who Dares, but just changed the background colour – from red to blue. Probably not a bad move as it turned out. Sales followed hard on the heels of the original title.