It’s been a very tough call in Parliament today. 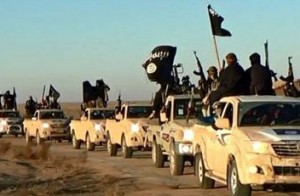 Everybody loathes Islamic State (IS) and what it stands for. The need and desire to stop them in their tracks by all in the civilised world is understandable. Airstrikes may blunt their activities for a while, but they’ll soon be hiding in civilian areas like cowards in women’s petticoats.
You may not like what he says, but George Galloway speaks a lot of sense.
One huge problem is in Syria itself where IS was spawned. Fifty per cent of the population love President Assad, the other half loathe him. The division is both political, religious and tribal.
Part of the opposition to him is IS, another part is more secular and ‘reasonable.’ Which sector, if any, may be victorious against him? Doing the maths, there’s a less than 25% chance that any new government would be West friendly.
It could well be argued that it’s in the West’s best interests for Assad (leaning to Russia) to remain in power, like other West-friendly absolute monarchs and dictators who frequent the Middle East.
Their replacements in a new democratic world (as it was initially in Egypt, and possibly now in Libya) may well be of anti-western jihadist persuasion.
Islamic State has run a pretty cool digital media operation but the individuals are pretty thick and sick.
These impressionable and zealous types, history has proved over and over again, are the easiest to ‘turn’ back.
However much you may despise him, do not dismiss ‘Gorgeous George”s advice. IS is only an evil militia run on the fuel of its own horrific publicity to generate terror in its enemies before a shot’s been fired.
In the end locals in the region (once Baghdad sorts out the political mess the USA left it in) must fight this war and win it. Because if they don’t, there is one country that will do the job for the world. And that may not end in a pretty or predictable result.
Of course, that country is ISRAEL.