Before the arrival of the Prophet Mohammed in the 7th century AD, the Arab world of the desert nomads believed mostly in the fiery spirits of the dunes and numerous other gods, as well as the patron gods of individual towns.

Although in the Arabian Peninsula and the surrounding regions, the influences of Judaism and Christianity had gradually become recognised in some areas.

Amongst the numerous deities of the time, Allah (the God) was rising above all others to be accepted as “the creator, provider and decider of human destiny”. Followers of Mohammed’s teachings grew into a powerful Islamic force to be reckoned with in a dark time of general immorality, violence and blood feuds.

Muslim armies broke out of Arabia and defeated the Persians (today’s Iranians, who are not Arabs 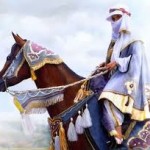 and speak the Farsi language), putting an end to their Sasanian empire.

Thirty years after Mohammed’s death in 632AD, a row began over who should succeed the great prophet and become the ruler (or Caliph) of the rapidly growing Muslim empire (or Caliphate).

Descendants of the prophet’s cousin and son-in-law, Ali, believed it should be them. They formed the breakaway Shi’ite movement when, five years into his reign, Ali was assassinated and his two sons were denied succession by the rival Sunni faction.

To this day, the Shi’ites resent this historic act and hold a deep grudge against the religious opposition, the Sunnis, who were able to go on to claim the holiest of Islamic shrines, Mecca and Medina, to be on their land.

Fast-forward some 1,500 years and that land is now Saudi Arabia, which has only been in formal existence since 1932. 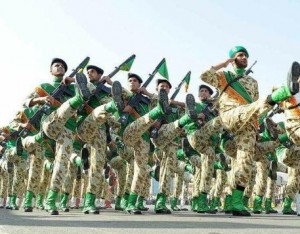 Meanwhile the Shi’ites have gone on to become the majority of the population in Iran, Iraq and Bahrain. Everywhere else is mostly Sunni. A status quo had developed in which the relaxed Sunni Arab Gulf States, headed by the Saudi Arabian monarchy , enjoyed friendly relations with the Shah of Shi’ite Iran and were happy to allow his navy to become police constable of the Gulf waters.

At this time Westerners and locals, in either Iran or Saudi Arabia, could wallow in alcohol-driven decadence and a very liberal lifestyle.

That was to come to a shuddering halt in 1979 with arrival of the radical Iranian Revolution and the deposing of the Shah of Iran. Almost overnight a contest arose between the two countries as to which was the most strict and worthy of being leaders of the Islamic world.

While Iran’s ayatollahs declared their intention to export of their Islamic revolution in defiance of the corrupt and unworthy monarchy of Riyadh, Saudi royalty responded by proving itself to be even more Islamic than its radical Islamic rivals.

Shaken by events, the House of Saud decided that its ultimate survival would be determined by its 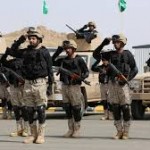 devotion to the strict Wahhabi interpretation of Islam, which allowed strict clerics a say in public life, education, justice and social behaviour.

This has resulted confrontation between Iran and Saudi Arabia, each promoting and contesting its own version of Islam, each trying to out- do the other.

Iran has spawned Hezbollah in Lebanon and Hamas in Palestine. It also backs the current majority Shi’ite governments of Iraq, Syria and the Houthi rebels of Yemen. Sunni Saudi Arabia stands accused of bankrolling Islamic jihadist extremism in the form of al-Qaeda and Da’esh (aka Islamic State). 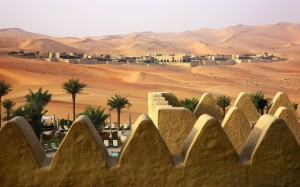 The battle between the two ancient religious ideologies – and the political and historical baggage attached to them – threatens to drag the entire modern world into its apocalyptic war of madness.